Bid On A Date With A Celebrity Chef! 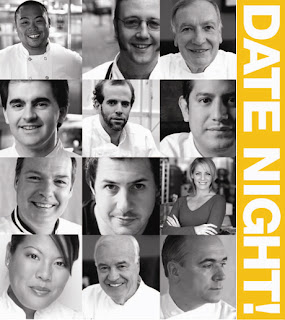 You can’t buy love, but on June 11, 2007, you can buy a date with a famous chef. Friends of The French Culinary Institute, a non-profit organization that raises money for culinary scholarships, will auction off exclusive dates with some of New York City’s hottest celebrity chefs and food personalities. Nearly 200 guests will gather to witness the first-ever event and to bid on an evening with legends like Jean-Georges Vongerichten, Jean-Georges pastry chef Johnny Iuzzini, Momofuku chef/owner and FCI alum David Chang, The FCI’s Alain Sailhac, André Soltner, Jacques Torres, Cesare Casella and many more. The money raised at the event will go directly to culinary scholarships and will help dozens of future chefs afford an invaluable education at The French Culinary Institute.

Some of the one-time-only dates on the auction block:

Train with Wylie Dufresne of wd~50 in his kitchen, then join him for dinner at his favorite late-night hang-out, Momofuku Ssäm Bar.

Have dinner with Jean-Georges Vongerichten at his favorite New York City sushi restaurant.

Learn to master your favorite dessert with Melissa Murphy, owner of Sweet Melissa Patisserie, and appear on an episode of her podcast “Simply Baked with Sweet Melissa.” Then join Melissa for lunch at the patisserie.

Get a private, behind-the-scenes tour of Jacques Torres’ Chocolate Haven followed by a hands-on chocolate class.

Among the other chefs participating in “Date Night” are Lee Anne Wong of Bravo’s Top Chef; Jean Francois Bruel of Daniel; Aaron Sanchez of Centrico and Paladar; Julian Alonzo of Brasserie 8½ and Dan Barber of Blue Hill and Blue Hill at Stone Barns.

Also, check out some other blogs discussing our event!
Epicurious.com
TheFoodSection.com
Posted by The FCI at 1:05 PM

Hi, Added a new value add to my blog this weekend - a news widget from www.widgetmate.com. I always wanted to show latest news for my keywords in my sidebar. It was very easy with this widget. Just a small copy paste and it was done. Great indeed.