Previously on Top Chef… During the Le Bernardin challenge with Chef Eric Ripert, Jamie is eliminated for overcooking her celery garnish, and Stefan wins again.

With only five contestants remaining, we’re getting down to the wire on Top Chef.

Wylie Dufresne (Classic Culinary Arts ’93) is Chef-Owner of ’s highly rated restaurant wd-50. He is widely regarded as one of the most creative and innovative chefs on the culinary scene for his use of cutting-edge technology in the kitchen.

Jacques Pépin, culinary instructor, cookbook author, and cooking show host, is a true master of classic French technique. He, along with Julia Child and James Beard, is credited with bringing a love of good food and cooking to the American consciousness.

With such a bold pairing of chefs presiding over Judge’s Table, who can guess what the challenge will be? Tune in to Bravo at 10pm on February 11 to find out! 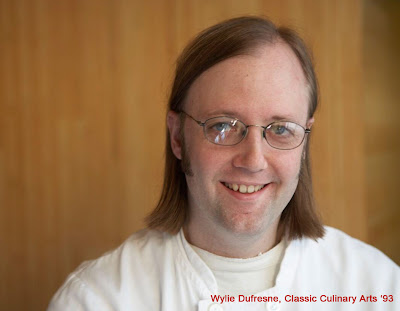 Posted by The International Culinary Center at 11:17 AM