Kitchen Scraps: Read It and Eat 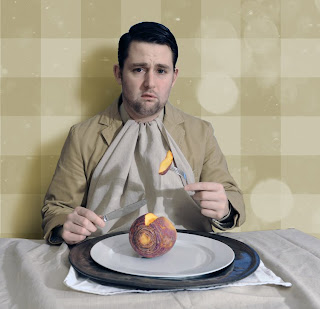 Pierre A. Lamielle is an award-winning illustrator for hire, graduate of The FCI’s Classic Culinary Arts program, writer/illustrator of the Easy Cook food column in Calgary’s Swerve Magazine, and teacher of several cooking classes at The Cookbook Co.

Now he can add cookbook author to his impressive resume. Due to release this fall, Kitchen Scraps, a humorous illustrated cookbook is, as the name suggests, a deliciously hilarious work of art, words, and food. Featuring easy-to-follow recipes anyone can make “with minimal amounts of swearing,” Kitchen Scraps is the counter-cookbook, challenging the traditional format with its irreverent illustrations, quirky writing style, and atypically named dishes like Puttanesca Pastitute, Mussels Make the Man, and The Bastard Child of Mr. Croque.

The book is chock full of nutty humor and “crazy delicious” recipes but Pierre’s still cooking up new dishes. Check out Kitchen Scraps: a humorous illustrated food blog for tons of recipes you won’t find in the book, and much more.

In hot anticipation of the book’s debut, we caught up with the Easy Cook himself for an exclusive interview:

How long did it take you to finish the book, from the developing and testing of recipes, to the writing and illustration?
It's hard to say exactly. I pitched the book to Whitecap Books and got turned down loads of times (because the book is so different from other cookbooks) before they finally agreed to publish it. I guess it was about three and a half years.

The only reason Whitecap agreed to publish it was because I went to The French Culinary Institute in New York City... The awesomeness of the book helped a bit too. 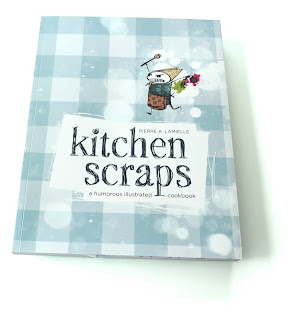 Will you keep up writing the blog after the book is released?
The blog will keep going until the books are all sold and gone...but after that I've got some new ideas for crazy new stuff. What about a book that has the ingredients for recipes build right into the stitching? See, I'm full of incredible ideas!

Do you think you will ever do a second cookbook?
I'll definitely do another book if anyone wants to publish it. I'm working on three very cool pitches at the moment. In a perfect world the next book would be an illustrated cookbook for kids in collaboration with Jamie Oliver.

What are your favorite things to cook and why?
Cooking is constantly changing like my moods, like the seasons, like the underwear. Ideally, I'm cooking seasonally and locally for people I love who like the food. Isn't that what we all want in life?

When you’re working on drawing for a recipe or blog post, do you ever get halfway done, decide you don’t like it, and start over?
Absolutely! I try to do loads of sketches first to sort out the poopoos, but sometimes a good idea whacks you in head later and you just have to drop everything and start again.

One of the best lessons I learned in art school was to draw something that you were really happy with and crumple it up and throw it away. It's a great life lesson that teaches you to always try to improve. There is always an opportunity to make it better next time and try not to get to attached to something because you can always try it again sometime.

That is a great lesson. Sounds like you can also apply it when trying out new things in the kitchen... 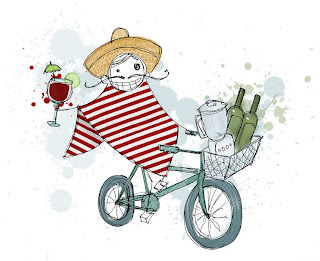 Do your recipes evolve over time?
Of course, recipes are always evolving, that's the best part about cooking. It's part of the creative process, taking something, flipping it inside out and looking at it from a new perspective. Never being totally satisfied with something and wanting to make it better is the only way to improve.

One of my chicken recipes evolved so much it began to communicate with me telepathically, but all it said was 'eat me' so that was the end of that.

How do you come up with a recipe?
The creative process is a fickle mistress. Ideas honestly come from all over. The only thing I can recommend is to constantly expose yourself to new ideas and to give them the right amount of time to incubate into great ideas. I came up with a recipe based on an old faxed joke that was on the wall in the tool shed I worked in when I was kid... inspiration is everywhere!

When you started the program at The FCI, did you have a lot of experience cooking?
Almost all my experience was from cooking to pick up girls. For a couple years prior to coming to New York, I was locking down the love of my life who's out of my league, so it was a lot of time in the kitchen perfecting my skills. We stayed madly in love while I was away in New York for six months, so the cooking must have paid off. Plus we moved in together, so my cooking can't be half bad.

How do you feel your FCI education has prepared you for what you’re doing now?
Well, it definitely prepared me to stand in front of a bunch of people and tell them how to cook. I don't think they would believe anything I said if I didn't go to a cooking school in NY. 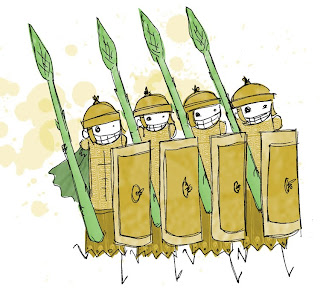 During class introductions I say I went to The French Culinary Institute in New York City and people always oooh and aaah. After that I could tell them to eat a raw chicken and they'll do it because I said so and I went to a French cooking school in New York. I usually don't get people to eat raw chicken...

What kind of classes do you teach at the Cookbook Co.?
I teach a lot of corporate classes (accountants are terrible cooks), bridal showers (like girls gone wild in the kitchen), and recently some kids classes. This fall I'll be rocking some pretty cool classes based on Kitchen Scraps.

Do you design your own classes?
For public classes we design our own menus but for the private classes we give the client a list of choices. We give them a French, an Italian, and a local menu with three choices for each of the five courses. It's tough organizing those lists when you don't know peoples' skill levels. It can also be tough when they pick five courses that all need to go in the oven...yikes. I'm trying to pitch a 'Hallucinogenic Doses of Potentially Lethal Foods' class but they won't let me.

Would you ever consider working as a chef?
I never got into this world of food to work in a restaurant. With such a broad media landscape, many people are switching careers to get into the food world with no intention of working in a restaurant. 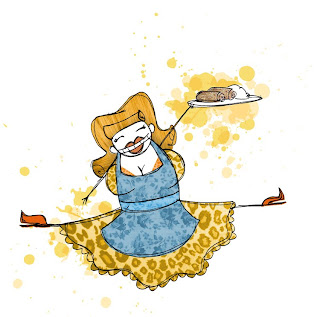 I'm not much of a baker but I do make a pretty good pot brownie... Not what you think, it's a brownie you bake in a pot.

By the way, I love the idea of the Mystery Blue Box. I feel like you could have a dedicated column just for that…
I'm about to bring it back to the site, we just moved and had to cancel the food delivery for a while but a new box is coming any day now.

Kitchen Scraps will be hot off the presses in October 2009. In the meantime, you can pre-order your copy online at Amazon and Barnes & Noble.

Posted by The International Culinary Center at 2:51 PM

Email ThisBlogThis!Share to TwitterShare to FacebookShare to Pinterest
Labels: alumni