A Lens on Food

Not everyone who goes to culinary school ends up in the kitchen. There are many ways to look at food, and sometimes that view should be permanently captured, and even shared.

Adriana Mullen, 53, has cooked most of her life. She’s always liked to cook. She also likes to travel. So, when she does, she enjoys eating out. When she finds a dish she particularly likes, Adriana works out the tastes and the cooking methods until she’s figured out how to make the dish at home. 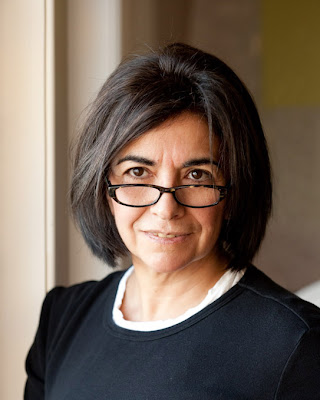 all photos courtesy of Adriana Mullen

Adriana came to the United States from Sardinia in 1982 to study gemology. She married and settled down in New Jersey—first in Summit, then in Watchung. Culinary school never entered her mind, not until her husband planted a seed after a ski trip they had just taken to Colorado. Adriana had been mulling over what direction to take next with her life, when her husband suggested, “What about culinary school?” She’d always had a serious baking phobia and was never quite comfortable with making cakes, tarts, and the like. But cooking she could do. From there it all came together very quickly. She visited the school and enrolled immediately. There happened to be an opening in the next class, so she started classes four weeks later. And six months after that, she graduated top of her class with her culinary certificate. She loved the experience. She enjoyed class and the other students she met.

But it was time to move on, and the next step seemed obvious: find a kitchen to work in. She started out in a restaurant in New Jersey but quickly learned restaurant work was not for her. She knew, however, that she’d always loved the arts and being creative. The question became: How to bring cooking into that realm? While musing over this question, Adriana began to take notice of the beautiful photos in her cookbooks and food magazines. One day the light went on: She could do this! And she knew she could do it better. 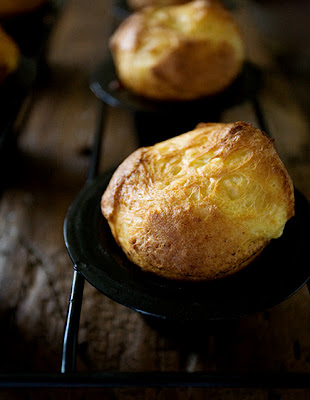 copyright Adriana Mullen
The kicker? Adriana had never spent time behind the lens. She went out, bought her first camera, and started experimenting. She started with what she knew. She would cook, and then she would take a picture of the food she’d made. Not only did her camera skills get better and better, but Adriana was getting in a lot of cooking practice.

To look at Adriana’s photos, you would think she was born with a camera in her hands. And because her lighting is so artfully employed, you might also be surprised to find out that it’s all natural. She refuses to shoot in anything else. And she never adds anything artificial to the food she snaps. She eats what she shoots. She considers these two requirements for naturalness her demarcation as a stylist and photographer.

And her philosphy? “'Less is more,' has been my motto since I started shooting food photography four years ago. I like to keep the focus on the subject and leave everything else out. As much as I love props, I prefer shooting them separately, [instead creating] a story with [just the] food. This is my vision!" 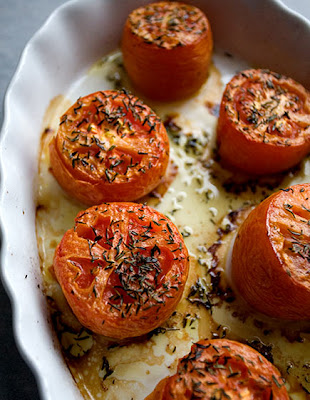 copyright Adriana Mullen
“You don’t have to be a cook or a chef [when you graduate from school]. You can do other things. Be creative. In life, if you have to roll up your sleeves and cook, you can do that. But you can make it into something else, too, if you want.”

Adriana is very proud of her work. “I don’t want to be just another average Joe. I want to be different. I want to do something that makes people take notice.” As you scroll through the photos on her blog or click through her online portfolio, you can’t help but notice that for Adriana her work—from the cooking to the styling, to the picture taking—really is all about quality. Her photos resonate with her passion for her subject matter in clear, beautiful visual language; she has definitely found her own unique voice behind her lens. And her fear of baking…well, that seems to have been left far behind!

To view more of her work, visit Adriana’s blog and website.
Posted by The International Culinary Center at 12:57 PM

Food captured on a lens is amazing to me. As much as I love cooking, I love capturing the food with my camera.