It was a busy week for the students, chef-instructors, and employees involved in The International Culinary Centers ice cream fund-raiser in response to the oil spill in the Gulf Coast. The weather was hot, making the days perfect for selling ice cream. 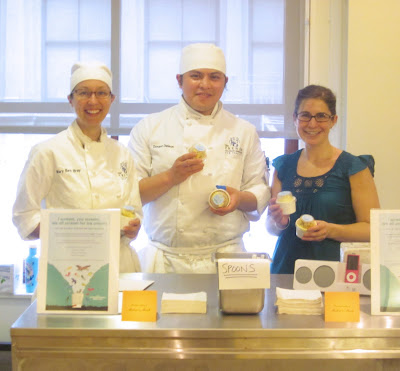 Selling ice cream to the employees and students at the school. Katie Myers with two students.
Students supported the event by helping to make the ice cream, manning the stand, and promoting the event in front of the school. Employees pitched in, too (making the art work for the posters, helping out with photography and press, and a lot of elbow grease). 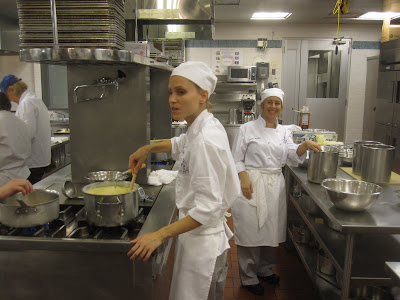 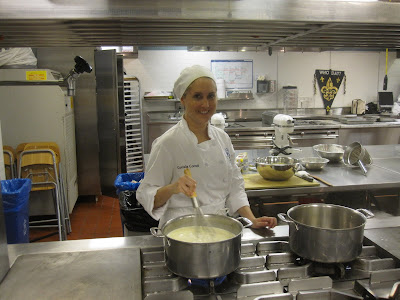 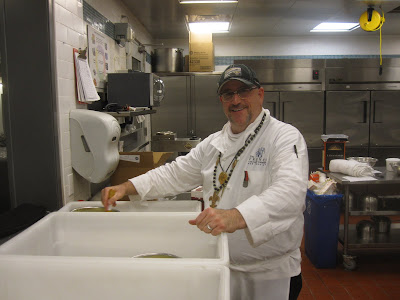 Jock Grundy supervises the addition of the salt and bourbon to each batch of ice cream.
The success of the event required many departments putting in extra work and time and coming together. But the idea and execution for the fund-raiser all began with one employee eager to make a difference. 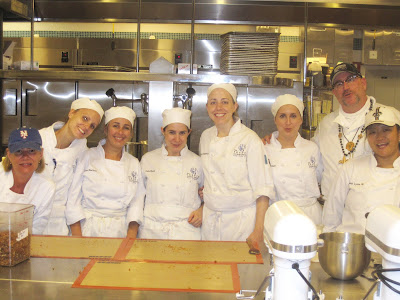 Katie Myers, an admission rep at the school (and Classic Pastry Arts grad), loves ice cream. She's even devoted a blog to her ice cream adventures. So, when she started brainstorming on ways she could help support the efforts to help the areas effected by the BP oil spill, she thought of what skills she had to offer and landed on…you guessed it, ice cream.

Before long, she was scheming up appropriate ice cream flavors for a fund-raiser with fellow admissions rep and pastry guru Jock Grundy. Jock, also, happens to be from New Orleans, so the cause was very personal.

Starting with classic Southern flavors: bourbon and pecans, they came up with the (genius) idea of adding ganache balls to the mix. (Genius because a. who doesn't want a little chocolate ganache in their ice cream? and b. it gave them the perfect play on the oil spill with fudge "tar balls.") 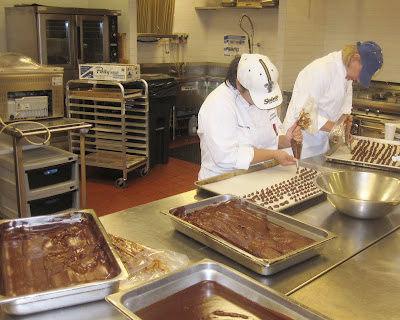 The next step was to get the idea approved. School execs were already looking for a way for the school community to be able to support the Gulf Coast clean up efforts. This project was perfect. And before long, a date was set and all hands were on deck, helping to get the event planned and running.

Thirty-six gallons of ice cream base, which was spun two quarts at a time, were made. Pecans were toasted and coated in a delicious butter caramel sauce. 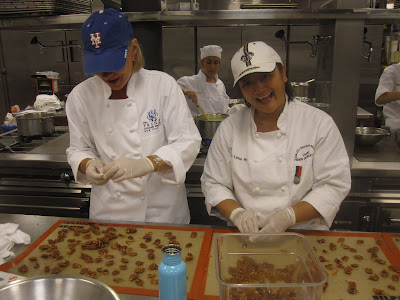 And after long hours of prep work that lasted from Saturday, July 10th through the 15th, ice cream was prescooped into environmentally friendly containers, each bearing a sticker adorned with animals from the poster designed by Christine Carbellano. After selling the ice cream to the school community on Thursday, July 15th and Friday, July 16th, the fund-raiser took to the streets. Selling from L'Ecole, Katie, Jock, and a handful of students and employee supporters spent their weekend promoting the cause to shoppers walking by. 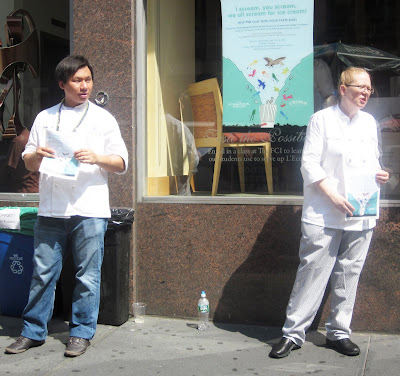 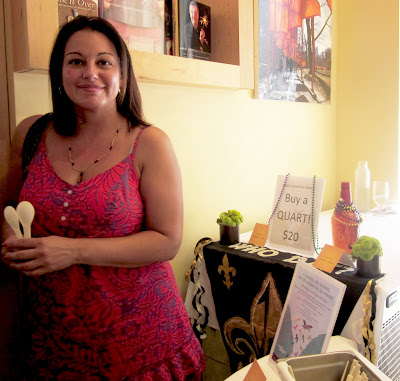 The school was able to make more than $3,000 in ice cream sales. The final amount was matched by the school, bringing the total money donated to the National Wildlife Federation almost $7,000.

Posted by The International Culinary Center at 1:31 PM