One of the most fun parts about working at The FCI is having students come to school for the first time, some with more passion than kitchen knowledge, watching them progress through the rigors of the program, and then seeing what they do with their careers. You quickly learn that everyone has a different path to take, and that's where the fun comes in. We've had students become executive chefs at top restaurants, build a cookie empire, make waves in catering, or take their kitchen knowledge and apply it to the camera or pen. And because this business demands passion above all else, that usually means students quickly find what they love and let it drive their path. 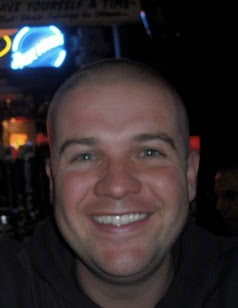 In the case of Grant MacNaughton (Classic Culinary Arts, 2008), 33, this means bringing food from the British Isles, where he grew up in Blackpool, England, to the sunny climes of California. Opening a new business is never an easy feat, and when a kitchen is involved it's a grand one. There are a thousand permits and regulations that need to be obtained and followed plus all the usual planning of space and menu, construction, and the list goes on, and on...

When I first spoke to Grant (aka Mac) way back in the spring, here is what he had to say:

Tell me a little about what got you interested in food and cooking?

"My interest stems from two divergent desires. First and foremost is the desire to be full. You could call it gluttony or possibly even a disease, but the thought of food, particularly good food, excites me to the core (usually accompanied by a shudder that is naked to the human eye and a slight dampening behind the ears). So the thought of being able to independently produce serious quantities of fine food has always helped me gravitate towards the kitchen. The second pull is definitely social. I love to gather friends together around a dining table. But I have a lot of friends who are seriously talented cooks. So, I either needed to increase the amount of alcohol I served or increase the quality of the food I made for them. The later seemed the cheaper option."

Is there anyone who has impacted your food along the way or been a big influence?

"Every time I cook, I am inspired by the thought of the person about to receive the food. My family have never been particularly prolific cooks, yet cooking for them is such a pleasure that I can't deny their influence. Nose-to-tail chefs, such as Fergus Henderson, and British [culinary] pioneers like April Bloomfield would make up my more conventional influences."

What have you been doing since you graduated?

"My wife and I toured the United States for seven months, became parents to our first son, Sam, settled in beautiful Santa Barbara, California, worked for Bouchon for six months (including one night as head chef!), and I'm currently in the middle of opening an authentic British fish and chip shop, which should open it's doors in June. It's been a crazy ride, and it's just about to get crazier!"

Now, the chip shop is open and rolling out a delicious menu of British fare, including haggis and mushy peas! You won't want to miss a stop by Mac's Authentic British Fish & Chip Shop the next time you're in Santa Barbara. 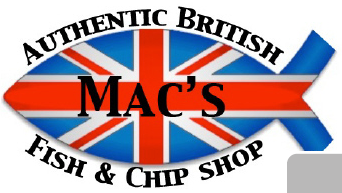 Posted by The International Culinary Center at 3:32 PM