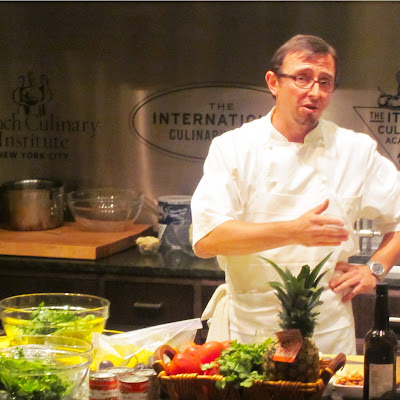 This week Chef Jose "Alex" Alejandro, chef-owner of El Parador Cafe in New York City, demonstrated his techniques for making a good mole to an eager audience in the school's amphitheater, shedding some bright lights on an often overlooked cuisine. Fun to watch, Chef Alex introduced students to a variety of chiles and ingredients by making a pumpkin seed, a peanut, and a fig-pineapple-jicama based mole. After the cooking was finished, we all sat down with freshly toasted corn tortillas and chicken to taste the results for ourselves. The plates were licked clean. 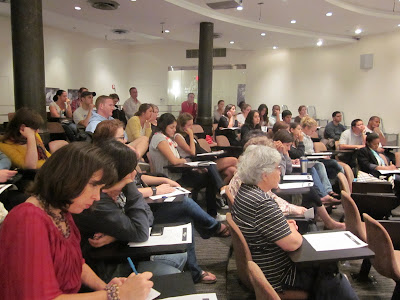 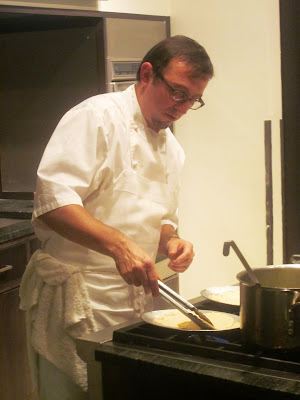 Chef Alex is a graduate of The FCI ('94) himself and took over this popular and successful restaurant from his father Manny, who purchased the restaurant from the original owner in 1990.

Here are the ingredients for the three moles Chef Alex shared with us. The general instructions for assembly each one is farily simple. Mix prepared ingredients with warm stock in batches in a blender. Blend until smooth and place in a bowl or clean pot. Once everything has been pureed, you can fry it for a few minutes in a little canola oil heat in another large pot. You need a large pot because the mole does splatter when it first starts to cook. You should add a bit of mole to the pot at a time. If you want the mole to be smoother and less rustic, strain it through a fine chinois before serving. 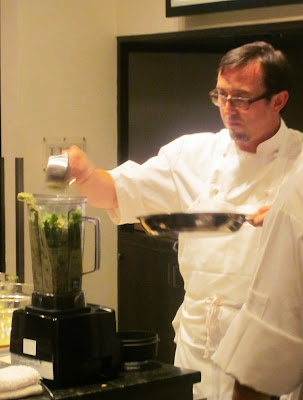 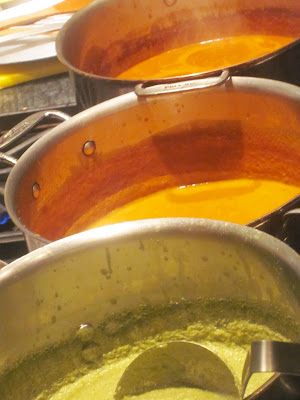 Posted by The International Culinary Center at 3:40 PM