In the Land of Hospitatlity 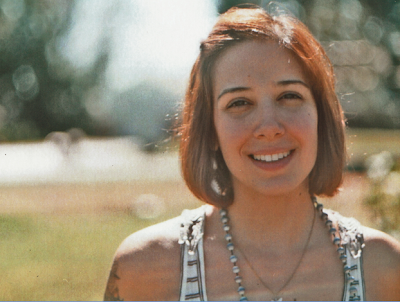 If anyone has every told you that life is a journey, then you will appreciate the culinary path of Adrian Theopulos, artist turned pastry chef turned cake designer turned culinary wanderer and anthropological pilgrim. I guess you could even say this journey has come full-circle in a way.

Growing up Greek in a small town outside of Baltimore, one would assume that a love of food and cooking was inevitable, and Adrian has been into cook since she was a little girl, but aside from the holiday cooking she would do with her grandma, "no one in my family really cooks, although there are restaurateurs and grocers a few generations back." Her first knowledge and enthusiasm for cooking came, rather, from TV shows, watching and following the likes of Julia Child and Martin Yan.

After four years studying art in college and then another four years trying her hand at everything under the sun, "trying to find what I wanted to put my heart into,"Adrian decide to pursue pastry arts. She figured that she wouldn't want culinary to lose it's appeal by becoming a job, and it seemed even more logical because she could apply her art background, keeping both her passion for cooking and art alive. So, after studying at The French Culinary Institute in 2006, she took on an externship with Colette Peters and stayed on for (you guessed it) four years.

In truth, Adrian is a cook at heart and not a pastry chef, so she came to realize that this was not her landing spot and took another leap, this time from cake making for a little project of her own. Inspired by a friend who had been successful raising funds to travel around the world and interview people about community, Adrian thought it would be interesting to write a blog and eventually a cookbook about how people around the world define hospitality, manners, etiquette, and what they think is best for their guests. Thus, World Supper Adventure was hatched.

Home based in Brooklyn, Adrian has traveled as far as United Arab Emirates (Dubai) and India, where she has gathered recipes, gone to markets, and eaten food made by new friends. Adrian has a lot of interest in what she is doing, and many people have contacted her about hosting her and sharing their food culture with her. To help fund her project, Adrian is currently running a bid on Kickstarter, which has 13 days left to go. The cool thing is you can pledge any amount from $10 to $800 and along with being a proud supporter of the project you will receive something cool (spices from abroad, a copy of the completed cookbook) for your sponsorship.

Adrian doesn't plan on keeping all the profits on her hopeful cookbook to herself. Part of the proceeds will go toward funding other people's dream of going to culinary school, so they, too, can start their own food journey.

Posted by The International Culinary Center at 11:20 AM