Let's Move: from the White House to Local Schools

A childhood obesity epidemic has long been on the rise in America, and it’s become a problem we can no longer ignore. What began as a campaign less than a year ago has already reached thousands of schools. With a year in the works, from the White House to local schools nationwide, First Lady Michelle Obama launched the Let’s Move campaign last May to team up local chefs with school food programs.

The two-day regional IACP conference organized by The Culinary Trust took place on February 18th and 19th. The first day opened with a plenary session at the Players Theatre in the West Village with guest speaker Sam Kass, private chef to our nation’s First Family and senior policy advisor for Healthy Food Initiatives. 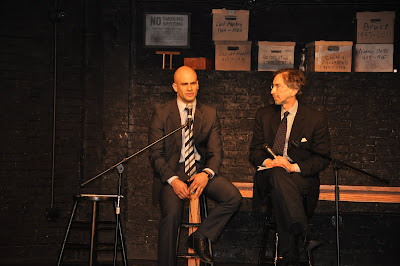 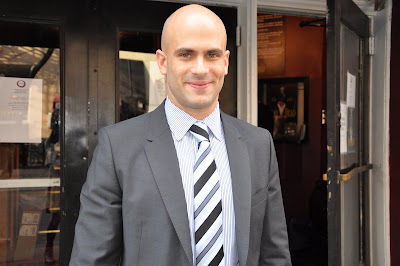 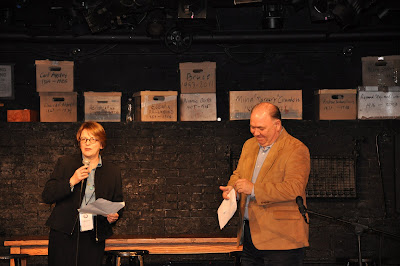 Motivated as a culinary professional and mother of two young children, I attended several sessions to find out what I can do to help the Initiative. With the amount of press in the room, we could have been attending a White House press conference. Childhood obesity statistics continue to rise, and so everyone wanted to know where can we find the solution? 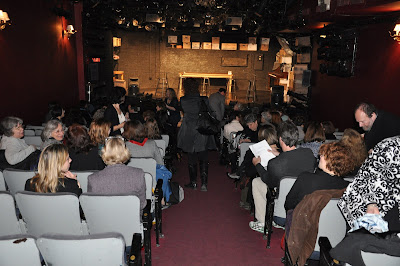 members of the press and notable culinary professionals in the audience

According to Chef Bobo, the problem didn’t originate in schools. However, the solution can certainly begin there. The home-based diet of a child has an enduring impact on their lifestyle. Parents can help by making smarter food choices, spending valuable time cooking meals in lieu of frozen dinners or takeout.

Even Food Network executives believe the notion of home cooking will decrease the obesity rate. According to Mark Dissin, vice president of Production at the Food Network, “There’s conclusive evidence that spending time around the dinner table contributes to healthier adolescent growth, lower obesity rates in children, better performance in school, et cetera. And I’m confident that our programming has played a role in helping people get good food on the table day after day.”

I recently met Dr. M. Baer, a doctor of Nutrigenomics, University of Cambridge, who recommends a diet based on individual metabolic type and that eating the right foods can determine the remedy to genetic disease prevention. He believes the consumption of organic, sustainable foods versus conventional processed foods is better overall for longevity and disease prevention. Conventional foods are loaded with “toxins” that “attack and destroy cells and gene structures. They create an acidic environment in the body that is vulnerable to fungi, bacteria, parasites, worms, viruses, and many other pathogens. Organs and body systems under a toxic load lose their ability to metabolize and process fat effectively,” hence contributing to the obesity factor.

So what is the solution to the childhood obesity epidemic? There is no solid answer. However, it will take more than just buying and cooking local, sustainable foods. It’s easier said than done, and certainly easier when money is not an issue. With the rising cost of produce, how will low-income families provide healthier alternatives at home? Walmart is taking steps toward offering compatible pricing for whole-grain products. Whole Foods Market is organizing on-location cooking demos at stores nationwide. In Washington, D.C., local public schools are receiving a $.05 bonus for each meal prepared, utilizing local sustainable ingredients. That’s good for starters. Of course any long-term solution to the childhood obesity epidemic will take a few years to show tangible results.

We as chefs have the power to enrich the lives of children by educating them how to eat well. Remember the old saying, We are what we eat? After attending the conference, I went home and registered to participate in the Initiative online. If we can get children to cheer for broccoli and try cauliflower, the Let’s Move Initiative looks very promising indeed. 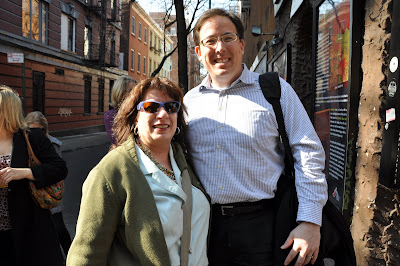 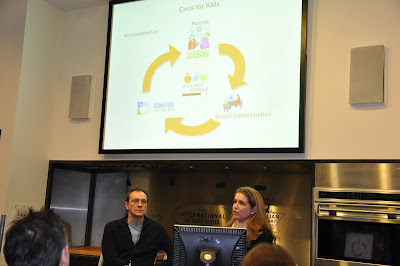 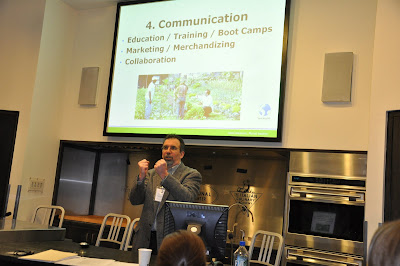 John Turenne
FCI note: If you are interesting in doing more, the school is offering a 10-hour course, New Directions in School Meal Planning instructed by Chef Bobo on May 7th.

Rina Oh is an evening student in the classic culinary arts program and is a contributing writer on Eat Life FCI, The Hot Plate and Food2. When she's not working as a food writer or stylist, she continues developing content for her gossip blog, dining with outlaws, and illustrating a comic book series called The Gastronomic Chronicles.
Posted by The International Culinary Center at 2:45 PM