Student Activities is one of the fun parts of being a student at The FCI. In these school planned excursions, students get a taste of the industry outside the school walls. On Thursday, March 24th, it was a trip to the 92nd Street Y on the Upper East Side to listen to Ferran Adrià. Christina Briscoe reports. 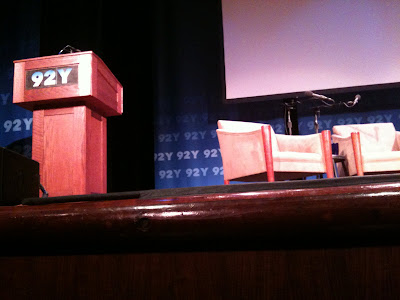 “Technology” and “Humor” are the two words that stuck with me as I applauded Ferran Adrià. The discussion lasted for about an hour and a half and drifted from Japan to New York, Spain and back to New York. The questions were very open, which allowed the conversation to be molded in whichever way Ferran’s thought process lead. His responses were simple and to the point, which I found interesting because I thought that he would speak about molecules and gadgets that I knew nothing about, but he didn’t. Ferran explained to us that he is not scientific, he just uses technology. That fact is something that tied the entire existence of elBulli, in my memory, together. He and his creative team are not scientists, they just use technology as a tool to produce their product. Ferran’s own example is a cell phone (he has an iPhone 4 by the way): We all use them, but that doesn’t make us scientists. 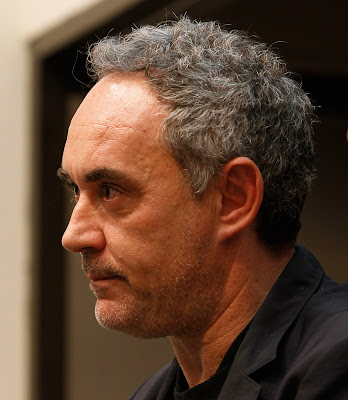 After the discussion, Ferran showed us exclusive videos of elBulli, which chronicle the history and future of the restaurant and show the blueprints of the very innovative and futuristic elBulli Foundation, which will be completed in 2014. I am utterly impressed and can’t wait for the transformation of elBulli. There are mixed feelings about this transformation, but I am excited and can’t wait for the creativity that will soon spew from Catalan, Spain. Ferran will return to New York City in a few months to release his new book Family Meal.

Christina Briscoe is a pastry student in Level 1 who enjoys reading culinary memoirs. She frequents Eater.com and has a passion for the hospitality industry in which she hopes to succeed in as an executive pastry chef. She is a native Californian and lists Michael Laiskonis as her favorite pastry chef.
Posted by The International Culinary Center at 3:34 PM