Chocolate and Beer Tour and Tasting

On Saturday, May 26 The International Culinary Center organized an outing for students at the California campus to the TCHO Chocolate Factory, followed by a tour and tasting with the brewer at ThirstyBear Brewery. 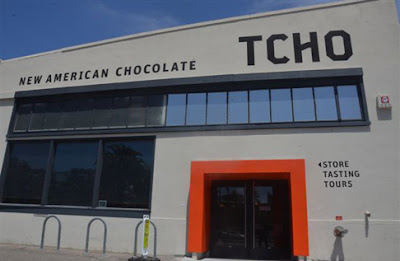 The TCHO experience included a presentation and factory tour with one of the most knowledgeable and entertaining chocolate experts in town, as well as an in-depth guided tasting of the flavor-driven, artisanal chocolate.

TCHO is a luxury chocolate maker based in San Francisco, California that partners directly with farmers and cooperatives to improve growing, fermentation, and drying methods and teach them to create specific flavor profiles in their cacao beans. Its factory and world headquarters are located on Pier 17 along the Embarcadero, in the city’s historic downtown waterfront district. TCHO’s core principle is flavor; and the company has developed a Flavor Wheel as it’s roadmap for sourcing beans. It also, of course, helps customers learn about the products they are enjoying. The Flavor Wheel uses six adjectives to describe chocolate: chocolatey, citrus, nutty, fruity, floral and earthy.

The second unique principle that TCHO follows is the TCHOSource program that is “designed to obtain the best beans in the world while enabling the producers of those beans to earn a better living.” TCHO directly invests in cacao farmers and provides them with the technology and knowledge to improve their businesses. It was interesting to learn that most cacao farmers have never tasted chocolate made from their own beans. Why? The growing climate is too warm for chocolate! 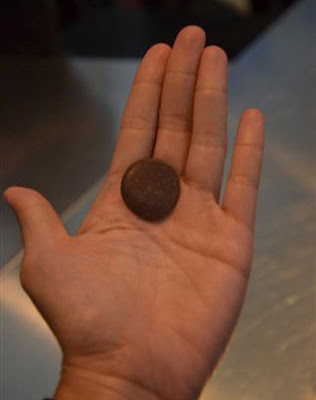 After the presentation, students tested all of the TCHO’s chocolate offerings. The first was the 99% unsweetened with cacao from Ecuador and Peru… so no added flavors or sugar! We moved on to Chocolatey, which is a single origin chocolate made from Ghanaian beans. It was rich with a fudge-like flavor. Next was Fruity, single origin from Peru at 68% cacao. It was bright with hints of cherry. Nutty was also single origin from Ecuadoran beans and slightly sweeter at 65% cacao. We finished the dark chocolates degustation with Citrus from single origin Madagascar beans at 67% cacao. And then, of course, there was the milk chocolate. And though dark chocolate is very popular right now, the United States is still the number one consumer of milk. Everything was tasty and the 10% discount in the store sweetened the deal! 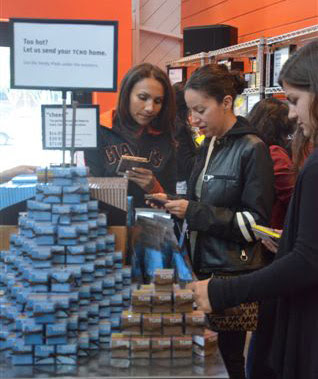 Just after visiting the TCHO chocolate industry, students walked through the streets of San Francisco to find the ThirstyBear Restaurant and Brewing Company in the SoMa district.

In a city with quite a few breweries, ThirstyBear is the first and only to be certified organic.

Here we met brewmaster Brenden Dobel who brought us on a tour of the small brewery and led us though a beer tasting. We sampled the following four beers: the Polar Bear Pilsner, a “Bohemian-style” beer brewed with Munich malts; the Kozlov Stout – a black ale brewed with black malt, chocolate malt, and roasted barley; the strong American-style IPA; and the refreshing and citrusy Valencia wheat beer. 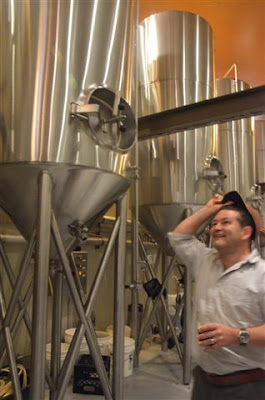 I noted some crossover between the seemingly two different products —the concept of terroir relates to both cocoa and hops growing regions and affects the flavor of chocolate and beer. Also, the adjectives used to describe chocolate and beer are similar. And although we did not do a chocolate and beer pairing, that is definitely up next!