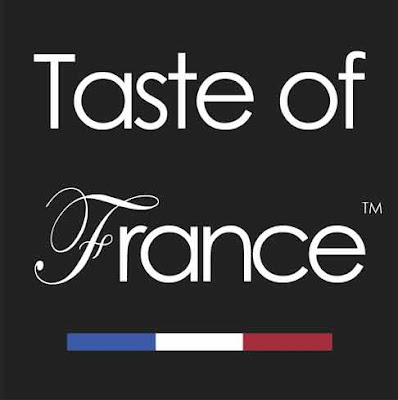 I arrived at Pier 54 at 9:00am on Sunday morning. The warmth of the sun began to wash over everyone as they scrambled around readying up for the first annual Taste of France. The first event of its kind, it was a celebration of all things French, an exhibition dedicated to highlighting the French way of life and cuisine in New York City. A sense of grandeur was abundant, as many chefs from all over France and the United States enveloped the scene. With chefs from areas such as Alsace, Normandy, Provence, Cote D’Azure, Aquitane, Gascony, and everywhere in between, the entire event represented all of France as a unified nation of excellent food, music, and overall allure. 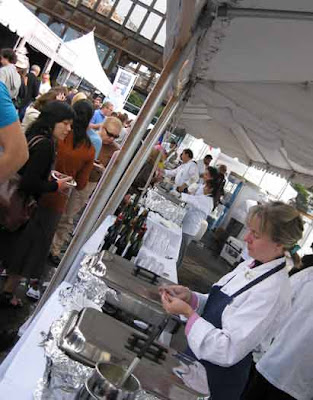 I worked under The International Culinary Center’s very own Chef Marc Bauer as he led me underneath one of the tents setting up to have food available for the public as they arrived. As we prepped, the wonderful scent of soups, fine wines, and pastries lifted everyone’s spirits up and lingered for the most part of the afternoon. A stage was set up with large speakers long before we arrived and soft, gentle French music filled the ears of guests as flavors engulfed their palates. Everyone was having a good time, with many events like péntaque, a popular form of boules, a French Bull dog show, and special ambassadors such as Jacques Pépin and Marc Murphy who took the stage to speak about their passions and what makes them tick. The entire event was set up to look like an old French flea market, or marché aux puces, with stands giving off exuberant smiles and free tastings of all they had to offer.

I served guests that brought me tickets called Mariannes, the official currency for the event. We also served cannels, a dumpling like piece of dough with yellow back pike-fish and a delicious lobster cream sauce as thick and tasty as any bisque served in a restaurant. To the left of our tent, two other chefs were preparing crêpes with a variety of toppings. Nutella, apricot and raspberry preserves, and the always enjoyable crêpes Suzettes made with Grand Marnier, a caramelized sugar sauce, and orange zest. Another favorite of guests was the curried pumpkin soup, not too sweet, but also nicely spiced. The event was great for a large assortment of foods and for anyone looking to get a taste of France all the while living in New York City. 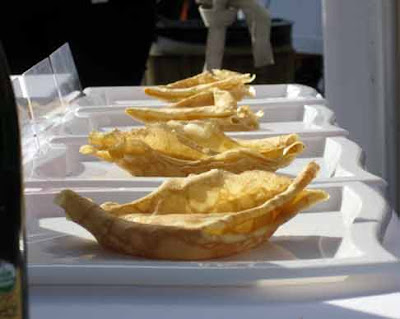 While it was the first event for this year, please make sure to come out next year and experience all we had to offer!