How the Spanish do Pizza 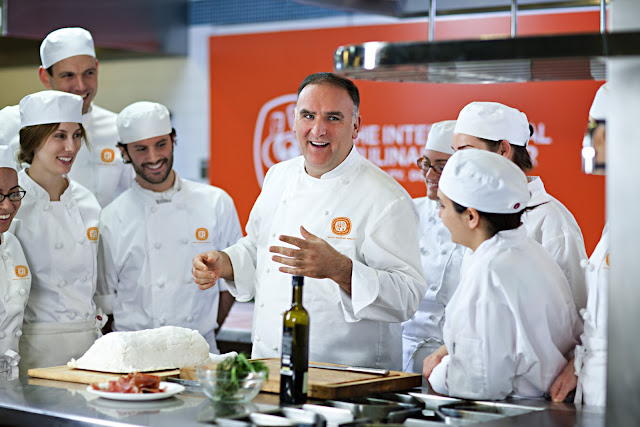 One line kept running through my head today when I visited my alma mater: I should've taken the Classic Spanish Arts Program. Being immersed in their small class taught me that Spanish food is really centered around simple, but top-grade ingredients. So spending my afternoon eating Iberico jamon and imported Spanish olive oil was a nice way to spend a snowy Monday afternoon. 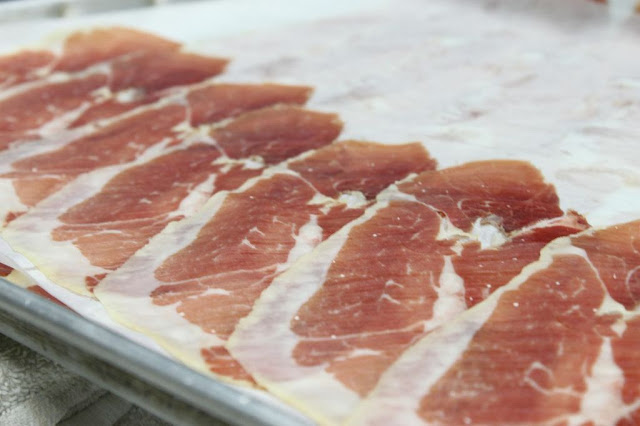 Not to gip the Classic Culinary Arts Program, which taught me how to hold a knife, make a solid stock (and sauce), and how to buzz through a task list quickly and efficiently, but the Spanish culinary students had a different vibe about them. A lot of them brought their own culture to the table, and with it, a sense of their own flavor. And visiting during "coca dough" day--basically Spain's version of pizza dough--showed what a few talented kids can do with a blank canvas, like pizza dough. 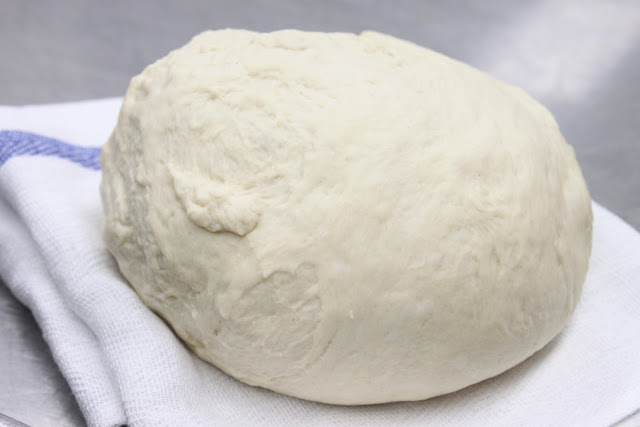 Coca dough is the perfect vessel for sweet or savory toppings, and these students used it for both. The dough was denser than focaccia, but had an addictive salty kick with the flavor of Spanish olive oil singing through the dough. They made it with fresh yeast and let it rise for 2-3 hours. When they retrieved the dough, it looked like a scene from The Blob. Spilling over the bowl, they used their fists to punch down the dough and roll it into rectangular flatbreads. 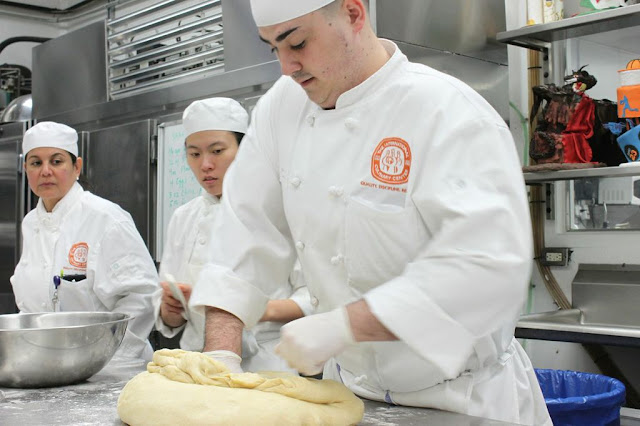 The first experiment was savory--topping with sauteed bell peppers, zucchini and mushrooms. My first bite was symphonic: Warm dough cushioning olive-oil soaked vegetables. Only four components to this pizza, but it tasted like a Michelin chef whipped it up. 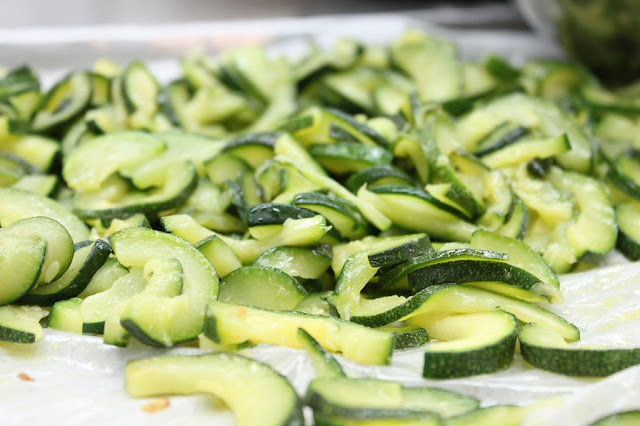 The rest of the afternoon was a combination of pulling out loads of pizza topped with anisette and caramelized sugar and pine nuts with dried fruits.

After doing a little digging about this quick-rise dough, I found out that Spaniards usually don't make it at home. They'll visit their local bakery and buy it. And because we don't have the luxury of a Spanish bakery on every corner, here's a basic coca recipe for you to try at home, courtesy of The International Culinary Center. 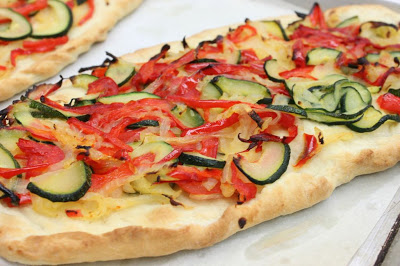 How to make it:
1. Knead the yeast, flour, salt, water, and olive oil by hand or mixer. Mix until the finished dough is smooth and elastic. Put the dough in a bowl, brush with olive oil, and set it in a warm place to rise for 2 to 3 hours.
2. Preheat oven to 450F. Once the dough has risen, remove from resting spot, and punch down the dough to slightly deflate it. Divide the dough into two equal parts and pat the dough into a 3x9-inch rectangle. Place on an oiled baking sheet. Brush the top with oil and pinch the sides into a rolled crust. Top with sautéed vegetables and sausage.
3. Bake coca until crust browns, about 10 minutes.

Posted by The International Culinary Center at 1:01 PM No comments: