So I should’ve rethought my culinary experience. I loved spending six months as a  Classic Culinary Arts student, but after talking to Carl Vahl about his experience in the Italian Culinary Experience, I have to say I’m a little jealous. 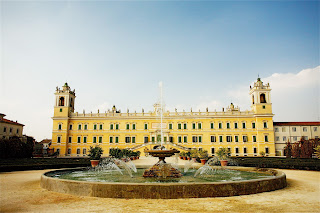 
Carl is a career changer and in 2010 he decided to leave his law career behind, take a leap of faith, and follow his dreams of becoming a chef. An Italian one at that. So he applied to The International Culinary Center’s Italian Culinary Experience and a few months later he was learning Italian and the principles of Italian cuisine in the New York campus, all in preparation for his voyage to Colorno, Italy.  That’s where he started the La Scuola Internazionale di Cucina Italiana, or Alma, a palace outfitted with a cooking institution. And that’s where my deep-seeded jealousy begins.

He pointed me to his blog where he detailed pretty much every moment of his trip abroad. Cue hunger pangs. I spent a few hours reading about weekly visits from Michelin-starred chefs who made beautiful meals by transforming simple ingredients into something so delicious your palate could hardly recognize it. 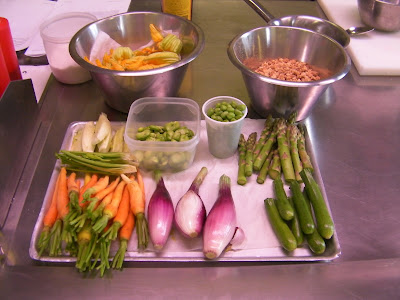 He got to talk to executive chefs like Mauro Elli chef of Ristorante Il Cantuccio who shops his own produce and grows the rest in his own garden. Talk about fresh. And then to top it off, he takes everyone of his 24 guests’ orders and personally suggests which wine would pair well. Then he heads to the kitchen to make the meal. Talk about an impressive chef.

Chef Bruno Ruffini, chef-instructor for English-speaking students at Alma, led the class in daily instructions. Some days, the Italian class would be in charge of family meal and it wouldn’t be uncommon for Carl to have to turn out a meal for 250 heads. He remembers one particular meal where he cleaned 60-plus bass in three hours. But days like this were juxtaposed with field trips to castles such as Al Cavallino Bianco in Emilia-Romagna where he had the chance to dine among the beautiful vistas and explore the castle’s cellar where they aged DOP salumi.
He finished his education by interning at Alla Lanterna, a family owned, exclusively seafood restaurant on the Adriatic Coast where he learned how to clean every type of seafood found in the Adriatic.

Studying in Italy meant that every minute was a learning experience—inside and out of the classroom. Carl took full advantage of this mentality and spent weekends traveling to nearby regions like Tuscany.

“The combination of the culinary instruction, language, history, wine, and all the field trips was really a perfect way to learn fine Italian cuisine. Italy has 20 food regions, many more sub-regions, and micro climates where the food is very diverse but always amazing because of the ingredients and the passion put into food. At Alma we got a taste of all regions and many amazing products,” says Carl.

Carl is now the executive chef at Della Notte, a classic American/Italian restaurant in Baltimore, Maryland.
Posted by The International Culinary Center at 6:02 PM