The Meatball Shop’s Keys to Success 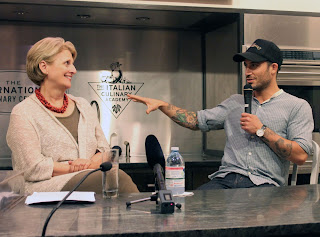 Michael Chernow, the restaurateur behind The Meatball Shop, wasn’t really sure what he wanted to do with his life. In high school he was a jazz tubist. (No really.)  Then he spent two years at Hunter College before realizing it wasn’t a good fit. So he left for California, chasing the dream so many others had before him: to become an actor. That fizzled.

He quickly returned to New York City, where he landed a front-of-house job at Frank, an iconic lower east side Italian spot. It’s there that things started to click.

“I learned I had a passion for people,” says Chernow. “If you stick me in a room of people, I’ll learn how to acclimate.”

Chernow spent years at Frank learning the restaurant business and building up a team of people who believed in his potential. When he was ready to pitch his own restaurant concept, he already had financial and mental supporters. That was his first smart move.

His second? Going into business with his best friend, Daniel Holzman, which he admits doesn’t always work out for everyone. 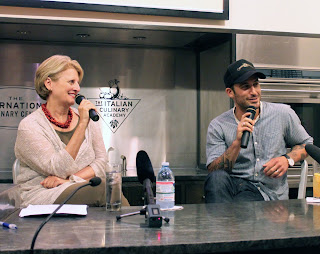 “Everybody’s an asshole,” Chernow says, pointing to specific people in the crowd and laughing. “But I’d rather be in business with an asshole that I trust than one who will screw me over.”

But he started a restaurant with with a friend who spent years at Le Bernardin. Cue tasty food.

The first problem they ran into was deciding on a concept. Chernow put himself through the culinary and restaurant management programs at The International Culinary Center, where he developed an idea for an artisanal cheeseburger joint that won him an award at school. But, it didn’t win over his best friend, who wanted to create a Byzantine tasting menu. (“A What?” was basically this crowd’s reaction.)

Their ideas didn’t mesh well. However, they knew their restaurant would be located in the Lower East Side, so they studied their demographic - drunk, budding adults partying until 4 a.m. They saw an audience who needed fast, cheap food at ungodly hours. So they settled on the idea of meatballs. Smart move number three: Matching their restaurant concept to the location and demographic.

When Chernow enrolled in the restaurant management program at the Culinary Center, he learned how to write a business plan and open his own restaurant, a template he used for The Meatball Shop. (Smart move number four.)

“You need a business plan. If you don’t have one it’s like driving across country without a map,” explains Chernow.

It took about a month for Holzman and Chernow to customize Chernow’s original business plan for The Meatball Shop. Chernow stresses the importance of the executive summary and the financials.

“Investors aren’t interested in details. They want to read a strong executive summary, which should only be a page, and then your financials. If those two match up, maybe they’ll sign up.”

One of the keys to Chernow’s success was building a key team of investors during his earlier career at Frank.

“Seventy-five percent of our original investors are from Frank,” says Chernow. “Our first meeting was with three investors, and we walked away with $75,000. From there it was no turning back.”

“Public relations is a huge element in business, and our PR agency took a risk on us. They saw how hard we worked and believed in our food,” says Chernow. “That was over 3 years ago, and yesterday I was on The Today Show."

It was over fancy cocktails that Chernow divulged all these secrets to his alma mater’s crowd. He was the first guinea pig in the new series, “Drinks with Dorothy,” a networking series where successful food industry leaders will share how they made it in an often unforgiving industry.

Posted by The International Culinary Center at 3:24 PM